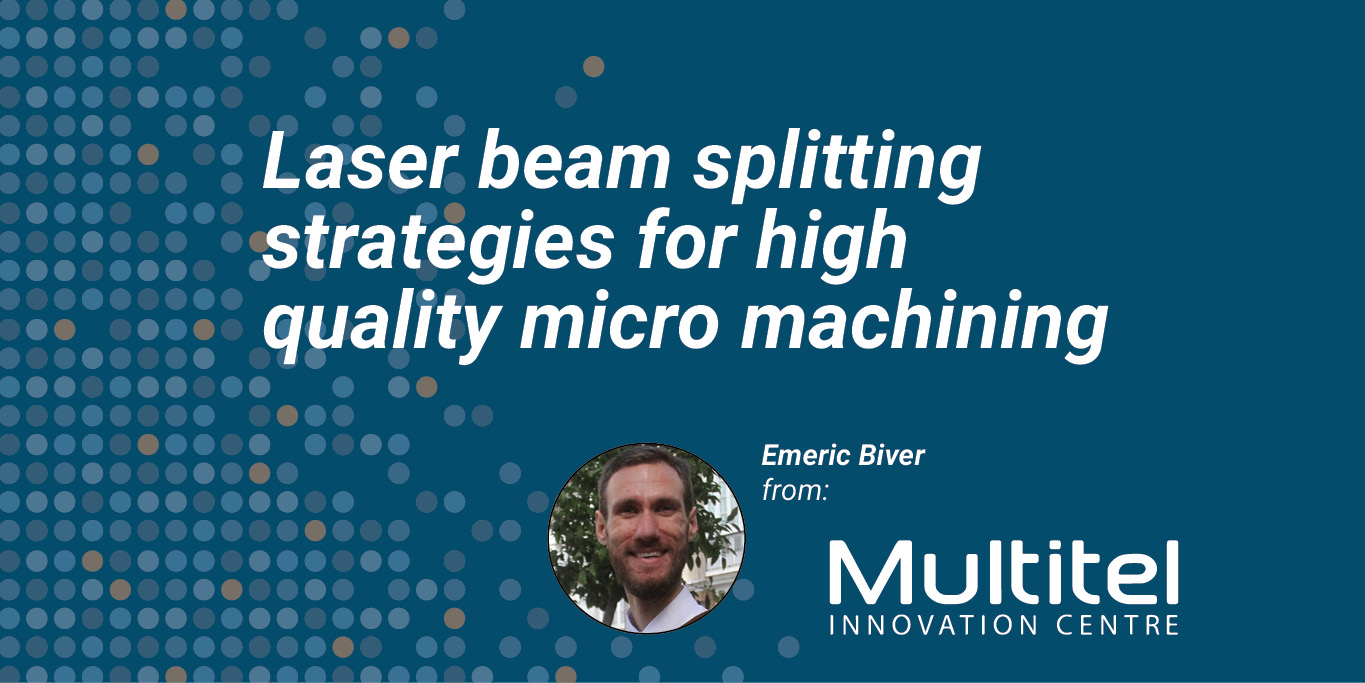 “Our goal is to create a prototype system that will use femtosecond pulses to drill holes in HLFC panels, without the need to have post-processing, and with a good trade-off between high production speed, good quality and low costs”.

How to use femtosecond laser pulses to drill micro-holes?

Hybrid laminar flow control (HLFC) is a drag reduction technique that makes aeroplanes more aerodynamic and reduces fuel consumption. It involves drilling thousands of micro-holes in the large metallic panels used to make the leading edges of the aircraft wings. Currently, each hole in HLFC panels is drilled using “long” laser pulses (10-4 to 10-8 seconds) all focused on the same spot at high frequency (percussion drilling). This technique is very effective and reaches high production rates. But because the drilling is mainly thermal, the ejected melted metal create burrs and blocked holes. It is then necessary to perform post-treatments to make sure the quality of the holes is sufficient. To improve this process, it is possible to use shorter laser pulses, in the picosecond / femtosecond range (10-11 to 10-13 seconds), which vaporize the material instead of melting it. Holes drilled this way show a better quality and do not require post-processing. The problem is that, with current technology, the production rates are too low.

Within the MULTIPOINT project, our goal is then to create a prototype system that will 1- use femtosecond pulses to drill holes in HLFC panels, 2- without the need to have post-processing, and 3- at an industrial scale, meaning with a good trade-off between high production speed, good quality and low costs. In order to do that, our strategy is to “go parallel”: we want to split a very high power femtosecond beam into many sub-beams to be able to drill many holes at the same time.

At MULTITEL, we are in charge of designing and implementing the splitting strategy. The main two questions we need to answer are 1- “How do we go about splitting a high energy/power beam?” and 2- “How many sub-beams do we need?”

To deal with the first challenge, we chose to have two splitting stages. The first one uses a property specific to laser light: polarization. We use a combination of optical elements that change the orientation of the polarization and split the beam according to the orientation. Then we can control the energy of each sub-beam. These beams then go on to a second stage, where they are being split further using diffracting optical elements. These make use of micro-patterns engraved on the surface of the element to separate the input beam into several identical output beams, separated by a small angle. Of course, we must choose all these optical elements so that they can withstand the high power of our laser beam.

To answer the second question, we need to consider how much energy is needed to drill a hole, and how fast is the process. The higher the energy, the more material will be removed at each pulse, which increases the drilling speed. But we need to consider also that the initial energy of the main beam will be fixed by the characteristics of the laser. Consequently, the way to change the energy of each sub-beam is to split the main beam into more or less sub-beams. To maximize the total number of holes drilled per second, we then need to find a good trade-off between 1- splitting less and having more energy for the process, and 2- splitting more and having more holes drilled at the same time.